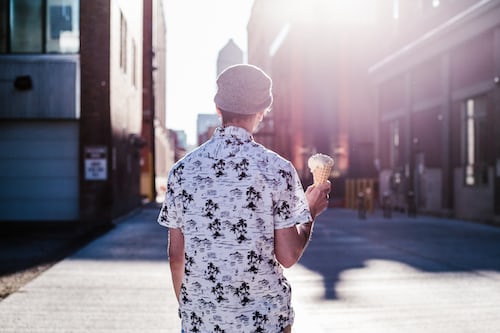 Living like a local, much like #vanlife and #livinglovinglife and #cleaneating is a load of self-serving claptrap. Here’s why.

Locals don’t go out to bars and restaurants every night. Unless they are food reviewers or have a trust fund, no-one can afford the time, money (and quite frankly calories) to do those things. As a tourist, when you’re at that cool bar you won’t be mingling with locals – you’ll be rubbing shoulders with other tourists. In other words, people like us (just the people you wanted to avoid).

Where are these prized locals? They’ll be at their fave bar in an ordinary suburb where they meet other locals and talk about their upcoming trip – the trip where they will be living like locals in another city.

Locals don’t sightsee in their own city. It’s true. They don’t. Sure, 20 years ago or when they first moved to the city they might have hit the highlights. In the case of Sydney, it’s Bridge Climb, Opera House concert and ferry ride to Taronga Zoo. But tell me honestly Sydneysiders, how many times did you catch the ferry this year? When did you last even walk across the Harbour Bridge?

I didn’t start catching ferries, doing harbour walks, going to shows until I left Sydney. And now I’ve seen so much more of what I still consider my own city, even though I no longer live there. Why? Time crunch has an amazing ability to fire you up. Also when I stay in Sydney now I stay in the centre (yes, with all the other tourists) which is close to the attractions (unlike in the outer suburbs) and has excellent public transport – specially put on for all the tourists.

So, living like a local is a load of soft centred hokum peddled by Airbnb and Instagram. Living like a local really means living like a tourist. Think aperitivo hour followed by dinner out every night, concerts and just lolling about going to art galleries and snapping monuments. That’s a vacation!

Truly living like a local means paying tax, working, commuting on bad public transport, shopping for a meal you have to cook yourself (no bar hopping tonight) and collapsing in front of Netflix. That is, if you’re not huddled in front of the computer booking Airbnb to go live like a local somewhere else.

Paris and France by Oliver Gee

Some kind of journey.

a bike for all seasons